Racial Inequality in the Fitness Industry: A Roundtable

Donate to these four incredible causes chosen by our four panelists

Who We Are Project

Cedric X. Bryant, Ph.D., FACSM stewards ACE’s development of strategies to deliver exercise-science and behavior-change education in ways that are engaging and compelling, recruiting more people to become exercise professionals and health coaches and equipping them for growth in their respective fields. He’s responsible for driving innovation in the area of behavior-change programming, overseeing the development of programs that ACE-Certified Professionals® can utilize to help people adopt and sustain healthier lifestyles. Furthermore, he leads ACE’s exploration of how science-based programs and interventions appropriately integrate into healthcare and public health. Dr. Bryant is also responsible for ensuring the scientific accuracy of ACE-commissioned studies, publications and all other materials that ACE creates. He represents ACE as a national and international presenter, writer and subject-matter expert, and highly sought-after media spokesperson. Finally, Dr. Bryant shares his expertise as a member of the Institute of Medicine’s Obesity Solutions Roundtable, the National Association of Physical Literacy’s Advisory Board, the Prescription for Activity Task Force’s Leadership Council and Executive Committee, Exercise Is Medicine’s Credentialing Committee and the International Consortium for Health & Wellness Coaching’s Council of Advisors. He earned both his doctorate in physiology and master’s degree in exercise science from Pennsylvania State University, where he received the Penn State Alumni Fellow Award, the school’s highest alumni honor that is given to select alumni who are considered leaders in their professional fields. Dr. Bryant and his wife, Ginger, are avid golfers and the proud parents of four physically active young men. 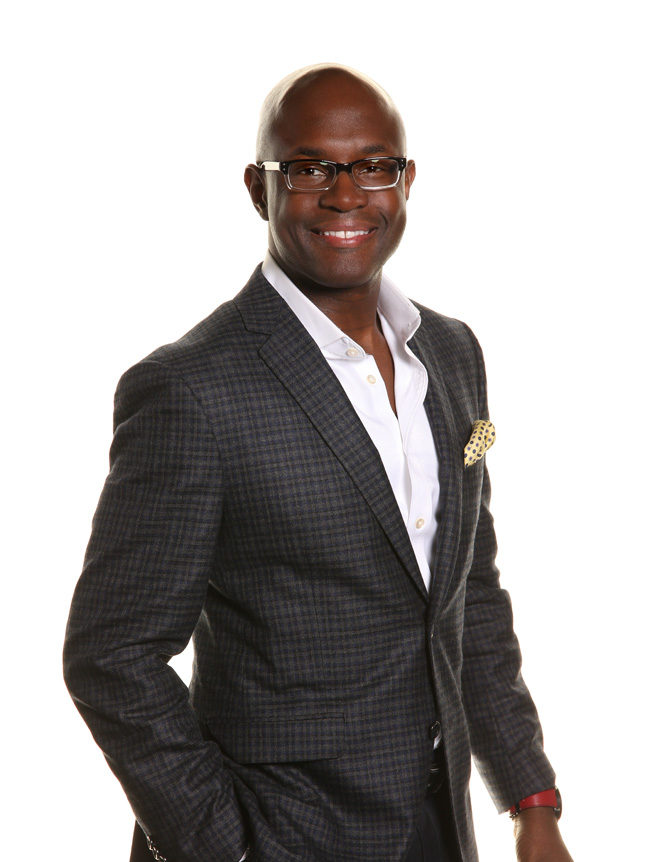 Dr. Bryan K. Williams is a keynote speaker, consultant, and author, who is a noted authority on service excellence and leadership effectiveness.  His passion is to serve others so they may better serve the world.  Over the past several years, Bryan has provided training and consulting expertise to hundreds of organizations in over 20 industries ranging from Healthcare to Luxury Hotels. His work with clients has taken him throughout North America, Europe, Asia, Africa, Mexico, and the Caribbean.

Bryan’s keynote speeches and seminars have helped organizations create a memorable service experience for their customers. He is a high-energy, dynamic speaker, who educates and inspires professionals to be consistently exceptional. Bryan is the founder of the BW Leadership Academy, creator of BWTV Online Learning and also the best-selling author of four books – Engaging Service, Work Like You Own It, How to Serve a VIP, and Lift Me Higher.

Prior to this current venture, Bryan worked with the world-renowned Ritz-Carlton Hotel Company for ten years. In his last role, he was the Global Corporate Director of Training & Organizational Effectiveness. Before his corporate assignment, he held over 17 roles with the Ritz-Carlton, beginning as a busboy at The Ritz-Carlton, St. Thomas.

Dr. Williams has earned degrees in Business Administration, Hotel/Restaurant Management, Adult Education, and a Doctor of Management in Organizational Leadership.

Bryan was a member of the Board of Examiners for the Baldrige Performance Excellence Program.  The Baldrige program administers the Malcolm Baldrige National Quality Award which is the highest recognition that a U.S. organization can achieve for performance excellence. It is awarded annually by the President of the United States to businesses from all sectors.

Bryan lives with his wife and two children in the Washington DC Metro Area.

Adia CallahanFounder and owner of See Me Wellness

Adia Callahan is the founder and owner of See Me Wellness as well as a full time Pilates and group fitness instructor for a premier fitness club in the Seattle area. Wanting to bridge the gap between Black Women and fitness, See Me Wellness mission is to motivate and empower Black Women to “Control Your Narrative” by incorporating  fitness into ones life.

“As a black woman working as an engineer and technical salesperson, I became used to being one of few as either a woman and/or a person of color. It was disappointing but not unexpected. But after years of seeing that same reality in the fitness industry, both as a participant and as a professional, I decided that I had to do more on my part to directly improve that lack of representation happening within the industry.”

Through See Me Wellness, Adia is delivering on her mission and passion to improve the healthiness of Black Women through direct efforts such as classes, creating fitness events and spaces such as her hiking group, 206 Hikes, and her podcast, Sweaty Edges.

Adia is a Global Ambassador for WIFA, Women in Fitness Association, which supports women’s career development within the fitness industry. She is also active within her local business community focusing on peer to peer mentoring with other like-minded fitness entrepreneurs.

Athletic Apex founder, Randall Hunt, was born and raised in the inner city streets of Compton, California. Randall has always possessed an affinity for innovation and challenging the limits of what is perceived possible.

After watching a golf tournament on the television, Randall decided at the age of nine that he wanted to learn to learn to play golf. His family did not have the means to fulfill this dream for their son by the traditional methods of a golf instructor and country club. So Randall taught himself how to play by hitting golf balls in a dirt field and checking out golf instruction books from the local library.
​
Randall Hunt spent thousands of hours learning the game of golf through mostly trial and error. Eventually, he developed a golf skill set that not only helped him become one of the top junior golfers in the country but also earned a golf scholarship which provided a full-ride to Pepperdine University, the Division 1 NCAA National Champions.

During his time at Pepperdine, Randall endured a car accident that left his right arm partially paralyzed. After numerous surgeries and years of countless rehabilitation attempts with some of the world’s most re-known doctors, Randall was told that he would never regain the full use of his right arm and should likely accept a life of chronic pain.

But Randall’s determination to challenge the limits set him on a course to heal his arm and
alleviate his chronic pain. Randall spent countless hours in numerous medical libraries learning everything possible about the human body. After years of failed attempts, Randall finally developed an interactive system for optimal nerve and muscle development
to regain the full use of his right arm and completely rid himself of pain.

Afterwards, Randall returned to playing golf competitively, competing and winning golf
tournaments around the world. The innovative and proprietary knowledge Randall learned
on his quest for rehabilitation led to the creation of his Bionetic system, which has been
used by the United States Olympic Training Center and world-renowned professional
athletes worldwide.

Over the years, Randall has been hired by some of the leading equipment manufactures in
the health and fitness industry to develop and design some of the most innovative equipment pieces in the industry. Randall’s health clubs are an accumulation of the best
biomechanically sound equipment and programming that he has been a part of over the
years.
​
Randall Hunt’s company, Athletic Apex, was forged with his DNA and operates with the
precepts in which he lives his life,
“Everything has a purpose, everything has a reason, and
everything is done to the Apex.”

Today, Randall is acting CEO of the Athletic Apex Enterprise. While in his spare time, he
enjoys spending time with his family and his role as an avid aviator, traveling the globe with
his wife, Stevi, and sons Randall Hunt Junior and Brooks Randall’s company Athletic Apex
has locations in Texas, Florida and New York.